Internet is connecting the world, changing the way we live, work and communicate. But what does this mean for a regular people. TEDxMokrin will discover ideas depicting how life has changed in the villages as a result of globalisation and how globalisation is making the world one big village. In TEDxMokrin, we will discover local “ldeas worth spreading” along with the global stories affecting rural communities.

Ivan Brkljač is the license holder for TEDxMokrin and will host this event on our estate. The speakers and other information, will be released in the first week of July. 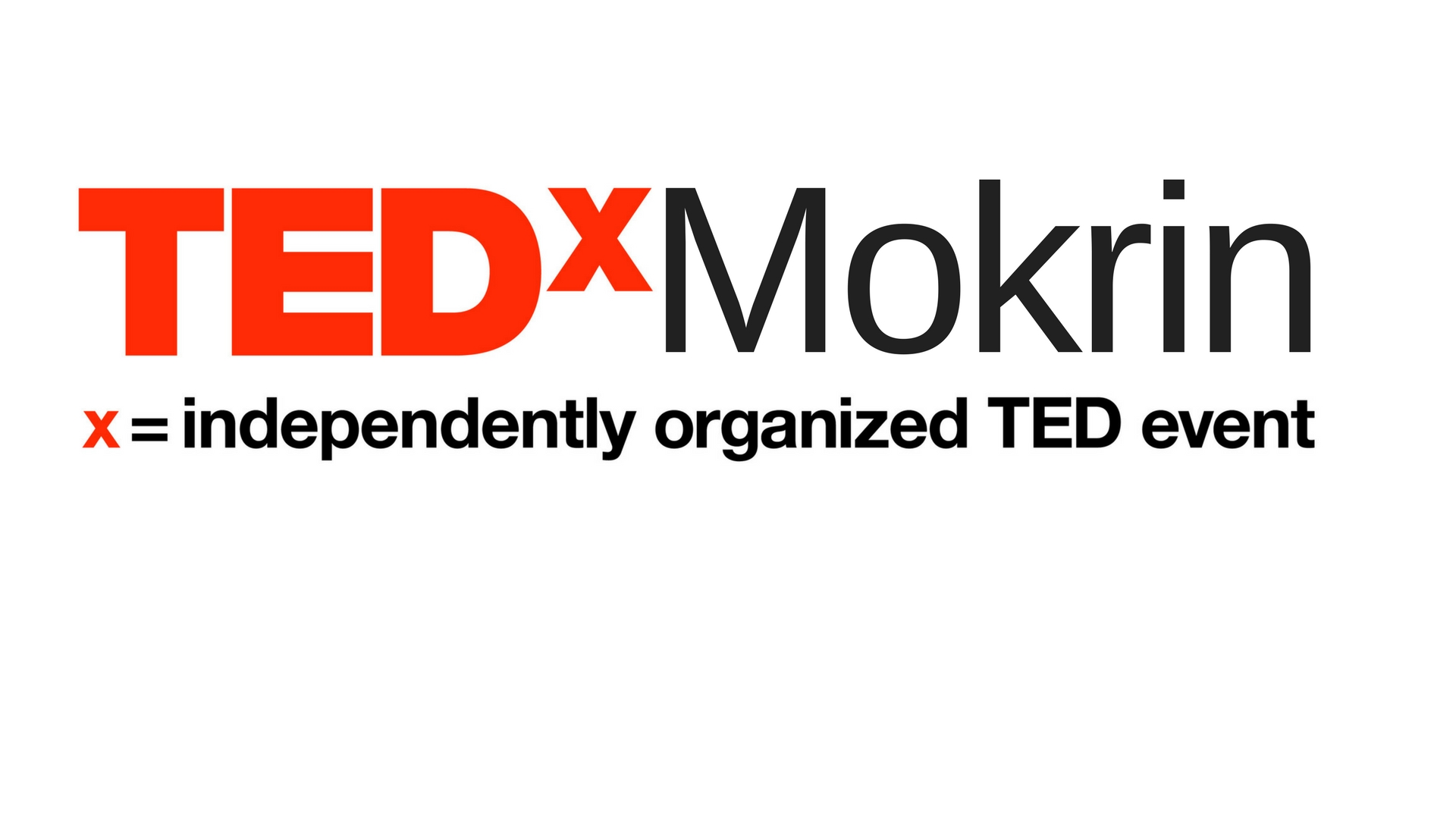 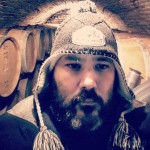 Djordje Stojsicis a bald, traditionaly built native of ancient roman city of Sirmuim (nowadays Serbia) Being misled by global media and TV shows such as Dynasty and Beverly Hills 90210, he graduated high school and college in the land of Wichita indians (nowadays USA). After the fact that no suit other than tailor made could fit him, Djordje deserted cruel world of so called finance, emails and back pain and started a garage winery. To this day he grows grapes in a small village at an undisclosed location and reads Financial Times on weekends only. Lorem ipsum dolor sit amet, consectetur adipiscing elit. Phasellus congue ornare tellus, a lobortis ante dignissim tincidunt. Nam at volutpat mi. Sed sit amet sapien eu justo sollicitudin tempus. Morbi auctor tellus sit amet libero 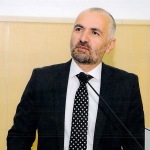 Prof. Dr. Vladimir Crnojević is director of BioSense Institute – R&D institute for information technologies in Biosystems, recently ranked as No.1 European Center of Excellence within H2020 Teaming program. He is also professor at computer science department of University of Novi Sad, Serbia and extraordinary professor at applied mathematics of Stellenbosch University, South Africa.

He studied Electrical Engineering and obtained his Ph.D. in image processing from University of Novi Sad in 2004. Since then he has been involved in a number of industrial projects related to computer vision, machine learning and data mining. He acted as a director of Power, Electronics and Communications Department at Faculty of technical sciences, University of Novi Sad. Vladimir is the founder of BioSense Institute which is now a regional leader in number of EU projects in FP7 and H2020 program. Also, BioSense has strong industrial cooperation and significant track record in innovation acceleration activities with more than 50 SMEs funded through BioSense programmes.

Dr. Crnojevic has published more than 50 papers in renowned journals and conferences, and acts as a reviewer for some of the most eminent journals in the field. He is a member of the National scientific board for Electronics, Communications and Information Technology. His current research interests include machine learning, image processing, remote sensing, data mining, with applications to agriculture, biosystems and IoT. 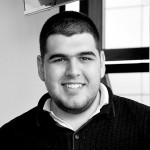 Marko is the founder of Zamphyr, entrepreneur, activist  and a digital nomad. He has worked in and for the startup community all across the world, from the Silicon Valley to Hong Kong. He has traded that life to come back to Serbia and launch a startup that is on a mission to bring global, free and open source school for technology, available to all mankind. Lorem ipsum dolor sit amet, consectetur adipiscing elit. Phasellus congue ornare tellus, a lobortis ante dignissim tincidunt. Nam at volutpat mi. Sed sit amet sapien eu justo sollicitudin tempus. Morbi auctor tellus sit amet libero Katarina 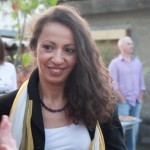 After completing journalism and communication studies at the Belgrade Faculty of Political Science, Katarina began  her professional development on the radio, and then in the field of public relations and corporate communications for projects funded by the World Bank.

For almost two years she has been active in the field of research and development in social and humanistic sciences. As a professional researcher she was interested in various topics – from media to eco communes and new forms of autonomous social communities. She is the author of the documentary “Pod oskorušom – eco communes in Serbia.”

She founded UG “Ama – Center for the Care of Man and Nature” implemented by the WWOOF program in Serbia and coordinated the work of the Horticulture, the first garden community in Serbia.

She knows how to make a Pirot cheese and never refuses good chocolate. 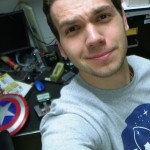 His love towards the machines he picked up from his father. He has been “into” science since childhood, but its just now that he can say that he is becoming a scientist since he is soon to become a engineer.  During his studies he spent a year in the Tennessee Technological University where his eyes were further opened regarding science given the fact that he was working alongside some of the best scientists in the world. 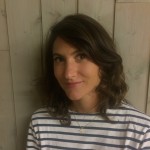 Jessica is the co-founder of La Salle, a sustainable project space for people to grow their passions. With a BA in Fashion Design, a decade of experience as a fashion stylist and five years spent running events at Google Campus whilst completing an MSc in Social and Cultural Psychology at LSE, she’s passionate about self-development; both in her personal and professional life. When she’s not busy curating an environment that inspires creativity, empowerment and sustainable practices you can find her practicing yoga, meditating or whipping up healthy, chocolatey treats. 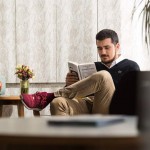 Balša is a Brand Manager at Folkk.co, part of the Nova Iskra collective that runs first Creative Hub in Belgrade. With the great experience in the field of business management he formed his professional career within big and respective companies such as: Etihad Airways, Air Serbia and Delta Agrar.
His passion is learning by doing, and problem solving through design thinking processes. He is motivated to innovate, empower and inspire social entrepreneurship efforts in Serbia and in the Balkan region. 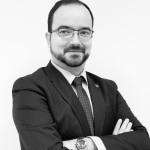 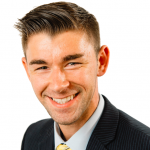 Zander is the founder of Stryv, a personal development platform of software, training, assessments and coaching that has helped more than 11,000 people create purpose and fulfilment in their lives in it’s first year of operating. Through the company’s charitable giving Zander won 2nd Place in the B1G1 Global Impact Awards for 2017 out of 2000 businesses worldwide. His company Stryv is well on their way to hitting their 20 million Giving Impacts Goal by 2020. Having contributed 10 operations for people to regain their sight, 100 coaching sessions for social entrepreneurs in developing countries, 1.6 million days access to clean water, over 600,000 meals to school children and many other incredible initiatives.

Zander’s passion for personal and professional development came from some extremely traumatic childhood experiences, which caused a hunger to live life to the fullest but with balance. This is what his company Stryv is helping others to do. He believes when more people achieve what they want they are then open to ask even deeper questions of themselves and their own development. His vision is to create a world of purpose and fulfilment which he believes can lead to a more compassionate and loving world.

Zander has coached Global Executives as well Olympic Athletes and Coaches since the age of twenty-three. He also spent three years as Head of Online Development for a world leading development company, creating apps and training programmes for the largest organisations in the world.

Rest of the speakers – to be published soon!

Check out more information about TEDxMokrin HERE and Click HERE to purchase the tickets.